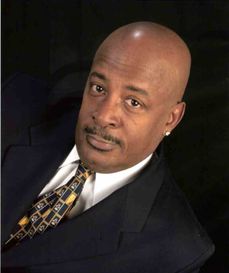 Robert began his career in the early sixties as a Bassist and Songwriter for various record labels in the Baltimore area. In 1968 he joined the staff of Bay Sound Records as songwriter and bassist for the "Chaumonts Band. It was during this period the he met and began to work with Paul L. Johns. At Bay Sound, the two of them worked on Records for artist signed to the label until 1972.(See Discography) This team went separate ways to pursue other creative endeavors and was reunited in 1990 with the Formation of Gumption Records, the brainchild of veteran record company executive Milton A Dugger Jr. Once again, they worked their magic on a new crop of Gumption artists, this time as a songwriter, arranger and producer. In 1997 while producing the female vocal group "Finale" Bell and Johns decided to form Trebor Records and "Finale's "Big Girls Don't Cry" became the first release on the label. The year of 2006 is proved to be a year of destiny. We completed and released the first release for the Trebor's new millenium, Cyrus's "Come Home" released in February 2006. We are also very excited about a number of tentative projects that we will complete in the next 12 months. We anticipate the completion of a new CD by new artist Ieasha Sweet.  Ieasha’s  project "The Woman I Am is scheduled for completion in late 2008. We have also tentatively planned a compilation CD project featuring some of the area’s most prolific artists, more to follow later. There are also plans for a Christmas Project that will feature some of your favorite holiday tunes and some songs written just for this project. This is proving to be a very exciting time for us and we look forward to sharing this with all of you. So, stay tuned to your newsletter for more info and keep your ears open and stay tuned. Trebor Records, "Ready for the World".

Paypal - Buy CDs direct from us